← more from
Matador Records
Get fresh music recommendations delivered to your inbox every Friday.
We've updated our Terms of Use. You can review the changes here. 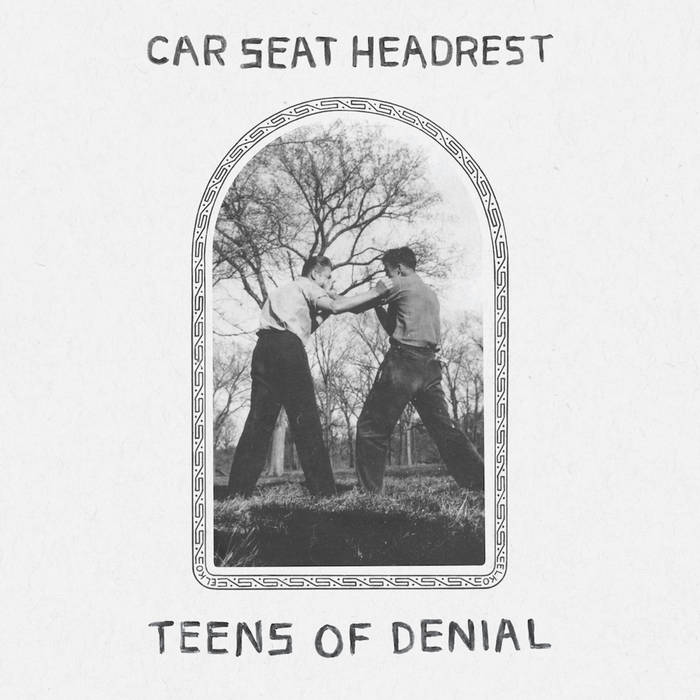 seykoya I could scream these lyrics for hours

bluemoth one of my fav pieces of music ever
more...

There are two kinds of great lyrics. The first is the banger/anthem catch phrase: "Normal life is borin' / but superstardom is close to post-mortem." The second is more complex (and more rarely found): "Like a bird on a wire / Like a drunk in a midnight choir/I have tried in my way to be free" — with ideas, themes, and personae unfolding over the course of songs, contradicting each other, confronting the listeners' preconceptions, like Pete Townsend, Morrissey, or Kendrick Lamar.

Will Toledo, the singer/songwriter/visionary of Car Seat Headrest, is adept at both, having developed them over the course of his eleven college-recorded Bandcamp albums and his retrospective collection last fall, Teens of Style. With Teens of Denial, his first real "studio" album with an actual band, Toledo moves from bedroom pop to something approaching classic-rock grandeur and huge (if detailed and personal) narrative ambitions, with nods to the Cars, Pavement, Jonathan Richman, Wire, and William Onyeabor.

"I’m so sick of / (Fill in the blank)" or "It’s more than you bargained for / But it's a little less than what you paid for" are more than smart, edgy slogans. Over the course of Teens of Denial's 11 songs, Will narrates a journey with his mysterious companion/alter-ego Joe that addresses big themes (personal responsibility, existential despair, the nature of identity, the Bible, heaven) and small ones (Air Jordans, cops, whether to have one more beer, why he lost his backpack). By turns tender and caustic, empathetic and solipsistic, literary and vernacular, profound and profane, self-loathing and self-aggrandizing, he conjures a specifically 21st century mindset, a product of information overload, the loneliness it can foster, and the escape music can provide.

“Fill in The Blank,” the mission statement of the album, kicks things off — it’s a fist-pumping anthem about feeling lousy in an ill-defined way, the fear of settling into a routine of futility, and not wanting to deal with it. Although it’s oddly joyful sounding, Toledo considers it the introduction to his angriest record yet. In that vein, “Vincent,” “Hippie Powers,” and “Connect The Dots” are about both fighting to hold your place in the crowd and to hold your drink, as well as DIY college house shows, and having no one to dance with, respectively. Initially similar, "Drunk Drivers/Killer Whales” veers off in surprising directions, each piece flush with huge, irony-free hooks.

At the heart of the album sits the 11:32 "Ballad of the Costa Concordia," which has more musical ideas than most whole albums (and at that length, it uses them all). Horns, keyboards, and elegant instrumental interludes set off art-garage moments; vivid vocal harmonies follow punk frenzy. The selfish captain of the capsized cruise liner in the Mediterranean in 2013 becomes a metaphor for struggles of the individual in society, as experienced by one hungover young man on the verge of adulthood.

Teens of Denial refracts Toledo's particular, personal story of one difficult year through cultural touchstones such as the biography of Frank Sinatra, the evolution of the Me Generation as seen in Mad Men and elsewhere, plus elements of eastern and western theology. The whole thing flaunts a kind of conceptual, lyrical, and musical ambition that has been missing from far too much 21st-century music.

I won’t go down with this shit
I will put my hands up and surrender
there will be no more flags above my door
I have lost, and always will be

There are two kinds of great lyricists. The first kind is one one you find in books, canonized by time and a lifetime of expression. The second has it all in front of him. Meet Will Toledo. Or at least one version of him.

Produced by Steve Fisk
Recorded at Soundhouse and Avast! Studios

Everything else written by Will Toledo.

Alex Rita and Errol from Touching Bass feature in our special London edition of the Bandcamp Weekly.